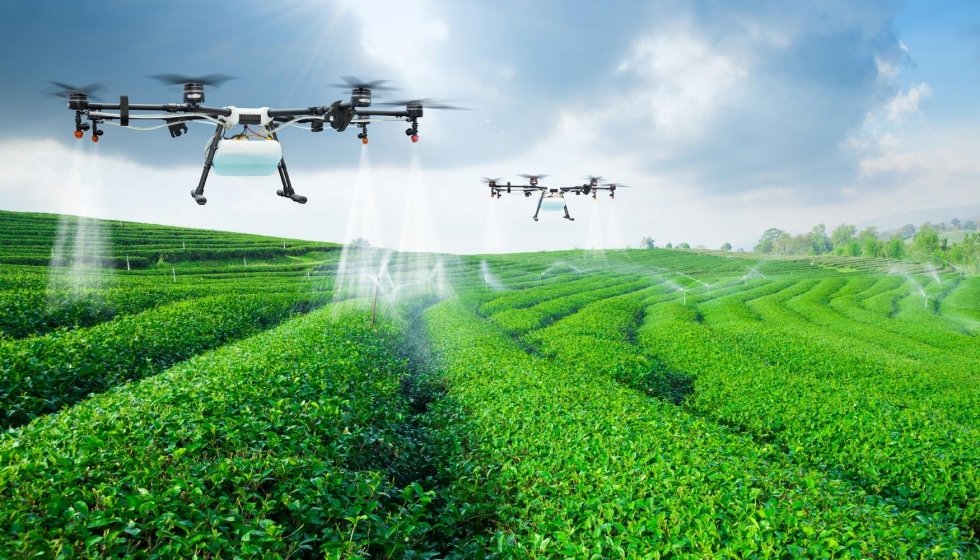 Argentina, the agrochemicals market indicates that three groups have a market share of 47.4%. The market is distributed as follows: 18.4% for Bayer-Monsanto with US$ 463 million, 17.1% for Chemchina (Syngenta / Adama) with US$ 430 million and 11.9% for Corteva (Dow- Dupont) with US$ 300 million. There are for almost a total of 20 companies to satisfy the demands of farmers. The market size remains stable with average sales of around 2,400 million dollars, showing an increasing trend.

The Bayer-Monsanto combination presents, some opportunities in strategic and operational aspects in the market, since they consolidated a series of first-line plant protection products, a dominant position in the corn market, a leadership in biotechnological events and an advantage in the use of big data.

During the 1st half of 2019 the consumption of inputs for crop production -agrochemicals and fertilizers- grew almost 30% in comparison with the same period of the previous year. This growth was aligned with the increase in the planted areas of corn and wheat and the use of new technology tools by farmers. Wheat reached a record production and continued its growth for the fourth season.

For the plant protection market in 2018, the producer sought to buy herbicides and other inputs closer to the time of use and with financial help, due to the fact that he faced a complicated situation arising from the severe drought that year. In 2019, on the other hand, due to the good season, purchases were more anticipated, and mostly, with the grain exchange modality.

Regarding the consumption of fertilizers for crop farming, 2019 was expected to see a growth of 4,686,567 tons in comparison with 2018 when it was 4,305,443 tones. It was represented by an improvement in local production, imports and exports, mostly for sources of Phosphorus and Nitrogen.

According to a survey of 944 production establishments throughout the country, only 5% of agricultural producers use organic products or bio pesticides, and even so, the future outlook is promising, as 36% of farmers believe this trend will increase. Of those who used biological products, 85% have a positive evaluation of the product (20% say it is very good and 65% say it is good), while only 15% maintain a negative or regular result.

The future trend for the agrochemicals market sees a decreased investment in these inputs, since agricultural technology is one of the most affected items and is used as an adjustment variable when there are increases in commodity export taxes such as those established by the current government, and which will affect the 2020/21 planting campaign. The crops that demand more fertilizers and agrochemicals will see their margins affected with lower profitability, so there will be a change toward crops such as soybean, to the detriment of grasses, mainly corn and wheat.

Changes in agrochemical policies and regulations

Through Resolution 32/2019, the National Service of Agri-food Health and Quality (Senasa) unified the numerous regulations that determine the prohibited and restricted active principles, as well as the formulations of coadjuvants and rodenticides not authorized in Argentina. The regulation has been framed in the “Good Practices in the Matter of Simplification” that seek to facilitate the user to gain knowledge and understand the regulations established by the National public sector.

The ranking of prohibited active substances, according to the pests they control, is led by insecticides with 26 substances. Second are rodenticides, of which eight active ingredients cannot be used in the formulation of chemical controllers. Third, four fungicides have been banned in the country, while within plant controllers, only two herbicides have been banned. The ranking is completed with an active ingredient of acaricides and one of antibiotics. With respect to regulated products, it is determined that there are 14 of them and they are mainly products for use in tobacco.

In addition, the regulations state that rodenticides cannot be formulated in liquid forms, soluble or wettable powders, or powdered or paste baits. Meanwhile, there are six unauthorized adjuvants and these are Phenol, Formaldehyde, Dimethylformamide, Metaonl, Rhodamine B and Malachite Green.

GM crops were approved in Argentina in the past few years. However, after President Mauricio Macri took office, the pace of approval accelerated. During his administration, nearly 25 GM traits were approved, almost half of all the GMO traits approved in the past 23 years. After deregulation in 2018, Argentina’s GMO market experienced rapid development. Eight GM crop applications were approved in 2018 involving maize, soybean and alfalfa. In 2019, this number reached twelve, accounting for nearly one-third of the total number of global approvals this year, including six GM maize traits, three GM soybean traits and three GM cotton traits.

To support the domestic cotton industry and shorten its technological gap with Brazil, the Argentinian government is committed to protecting intellectual property rights and introducing more advanced GM cotton technologies. Argentina’s National Seed Institute (INASE) has made considerable efforts to control illegal seeds, including by deterring farmers from using unauthorized traits and controlling cotton seed breeding facilities to cut off illegal seed production lines. This year, Argentina approved three new GM cotton traits. In February, the country approved a type of GM cotton that can resist glyphosate herbicide and HPPD inhibitor herbicide. In June, GlyTol TwinLink Plus GM cotton with herbicide resistant and insect resistant traits was authorized, the second GM cotton with insect resistant traits after BollGard was introduced in 1998 to combat Pectinophora gossypiella, a harmful insect that developed resistance to Bt protein and poses a serious threat to cotton crops. In August, VIPCOT GM cotton resistant to Lepidoptera insects was approved. The first two products were commercialized by BASF, and VIPCOT was developed by Syngenta and is now licensed to BASF.