Overview of Agribusiness Industry in Argentina in 2019-20 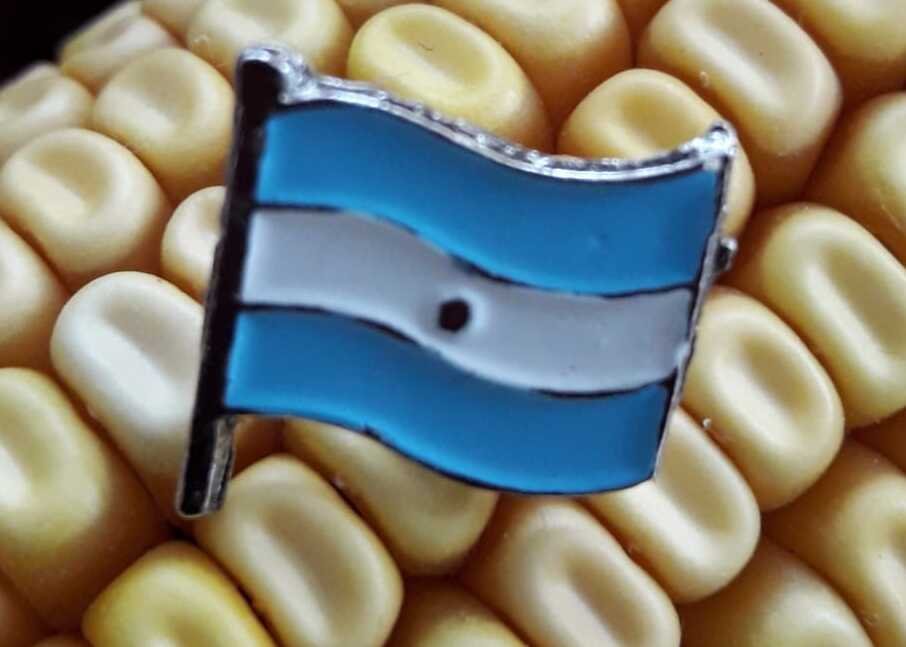 Updates on the macroeconomic situation

On December 10, 2019, the new President, Alberto Fernández, took office, with 48.24% of the votes, thus triggering a change from the ruling party in the hands of the opposition to the previous government's coalition.

Argentina’s Gross Domestic Product (GDP) in national currency as of March 2019 was $18,577,746 million. In US dollars, what must be taken into account is that during the first quarter of that year, the exchange rate jumped from $38.60 to $42.98. Thus, as of April 1, 2019, the GDP was US$ 432,241 million, according to the National Institute of Statistics and Censuses (INDEC). The share of world GDP is now 0.51%, when it was 0.78% two years ago. Argentina is now the 28th economy in the world according to the GDP size, but in per capita terms, a ratio that reflects productivity and average annual income per inhabitant, considering that the current total population of the country (INDEC) is 44,938,712 inhabitants, it is at reaches US$ 9,618 per year, when it was US$ 9,428 in 2009, registering just a 2% growth in 10 years. In the world ranking, it is placed in the 71st position, when in mid-2017 it was at 57. In 24 months, Argentina fell 14 positions in the world ranking of countries according to the average annual income per inhabitant.

According to INDEC, Argentina's economic activity in 2019 closed with an annual fall of 2.1%, after the recession worsened in recent months during the tenure of the previous government of Mauricio Macri. The decline is one of the worst results witnessed in the last 10 years, although it improved by five tenths compared to that of 2018. The data from December revealed that the Argentinian economy contracted that month by 0.3% compared to the same month in 2018. On a positive note, the index that measures economic activity registered an increase of 0.2% in the 12th month of 2019 compared to November, when the said indicator fell 1.6%.

In August 2019, after the primary elections, the Argentinian economy suffered a new setback as a result of the economic crisis that began in April 2018, and ended that year with an inflation of 53%, unemployment of 9.7%, according to INDEC, and a poverty index, which reached 40.8%, according to a study by the Universidad Católica Argentina. Argentina’s Ministry of Economy, led by Martín Guzmán, is in talks with the International Monetary Fund  to try to renegotiate the Argentinian debt, among which is a loan of US$ 56,300 million.

The initial measures taken by the new administration included an increase in commodity export taxes called retentions. During the previous administration, they have been paying a fixed tax for each dollar invoiced abroad of $3 for industrial products and $4 for agribusiness exports. The new government made a first modification and then another one, with the current values of: 5% for sunflower (12% previously), wheat flour and oils (12% previously), polished rice (9% previously), packaged flint corn (12% previously), flour and sorghum oils (same as before) and corn pisingallo (9% previously). Wheat grains (12%), sorghum (12%) and corn grains (12%) remained at the same tax level. As for soybean, it is 30% (being 33 % for producers of more than 1000 tons per year, and values that are decreasing from 30% for producers of less than 500 tons per year). Beef is subject to a 9% retention. These taxes negatively impact the supply of the sector, contracting its production and investment in technology. If production falls, less foreign exchange comes in and the economy suffers, the prices of the products rise or internal shortages are generated. In some areas, production ceases to be viable, and the producers move to carry out other crops or activities, such as pasturing for livestock.

With respect to national regulations, the companies that commercialize seeds have been demanding that the different governments in force pass a Seed Law that safeguards their patent rights for their use. Although it was not approved in 2019, there will be grounds for its sanction in the future. At present, according to resolution 338/2006, producers can only use their own seeds on the same surface they implanted with certified seeds in the previous cycle. Producers who do not justify the legal origin of the seeds may not make their own use for free.

At a state level, Córdoba, one of the provinces of Argentina, became the first to come up with a law of good agricultural practices. This is the first national regulation that establishes a way of producing non-refundable incentives to those producers who develop responsible and sustainable agricultural practices using a set of principles, standards and technical recommendations aimed at reducing physical, chemical and biological risks in the production, processing, storage and transportation of products of agricultural origin.

The production data of the main crops of the Argentinian agricultural sector were as follows:

•      For the 2019/20 campaign, the national yield reached 80.2 qq/ha, 5 qq above the average of the last five years. The sowing for commercial grain fell with respect to the last cycle by 1.5% and it is estimated that it would be the second best productive value, being 5% below the 2018/19 record.

•      The three provinces that lead the national level are Santa Fe with a mark of 97 qq/ha, Buenos Aires with almost 85 qq/ha quintals, and Córdoba with 84 qq/ha.

•      Corn sales abroad grew 56% in 2019 to reach a record 36 million tons. This increase was greater than the growth of national corn production during the 2018/19 campaign, which was 31% higher than the previous campaign. In contrast, the average cereal export price fell US$ 16/ton in 2019, becoming US$ 164/ton, 5% below the average of the last five years.

•     Argentina began to export corn seeds to different countries across the world, to complete the shipments; the National Service of Agrifood Health and Quality had to analyze the samples to verify the requirements of importers from the Philippines, Senegal, Azerbaijan and Mexico.

•      2019/20: 17.7 million ha is the projected area planted. The estimated production would reach more than 54 million tons. Performance expectations are above the averages of the last campaigns.

•      Although there was a recovery in the volume sold, the price decreased for the three products. The export price fell 17% for soybean flour, 14% for beans and 7% for oil, the three values below the average of the last five years.

•      In 2019, an agreement was signed with China, to open that market to Argentinian soybean flour, which would imply the possibility of exporting five million tons that would imply a level of approximately  US$ 1.600 million.

•      In 2019, an objective pursued by the producers for many years was reached, the tariffs that taxed the importation of combines were lowered from 28 to 7%, and the same was set with respect to ginders.

•      In 2019, commercialization was not been simple, climatic avatars delayed the offer, which caused a firm local demand and good values that partly offset both the fall in international prices (since mid-year) compared to the previous campaign and the lack of forward sales that cushion a more depressed international market; from mid-campaign onwards, cotton of very low quality due to bad climatic circumstances began to be marketed at very low prices.

•      The 2019/20 saw a campaign was planted area of 1.6 million hectares (15.8% less than the previous campaign, but 40 thousand hectares above the average of the last five years), with a projection of 3.2 million tons of production, with yields of 21.1 qq/ha (at the stage of harvesting 32% of the planted area) and area yields recorded up to this stage that are located above the average historical values. Estimates indicate an average yield of 23 qq/ha, reaching a maximum of 30 qq/ha.

•      The decrease in the area planted in the 2019/20 campaign with respect to the previous one is due not only to the water excesses present in the in the north of the country but also to a more unfavorable input-output ratio.